Greenfield in Solidarity with #Trial of the Century: Theatre action and panel

Twenty-one youth, ages 11 to 21, are suing the U. S. government, contending that through the government’s actions that cause climate change, it has violated their generation’s constitutional rights to life, liberty and property, and has failed to protect essential public trust resources.  After years of delays brought about by both the Obama and Trump administrations, the suit, Juliana v. United States is scheduled for trial in U.S. District Court in Oregon on October 29, 2018. The youth have dubbed their action “#TrialOfTheCentury.”

Concurrent with demonstrations of support at federal courthouses through the nation on that day, Greening Greenfield is holding a rally and panel discussion to inform our local community about the history and basis of the suit, the impact of climate change on local youth, and Greenfield’s own record with regard to safeguarding public trust resources.

The rally will feature music and a brief dramatization of pre-trial hearings thus far, including words of lead plaintiff Kelsey Juliana, of government attorneys trying to stall the proceedings, and of judges who have consistently ruled that the youth have a right to their day in court. The panel discussion will include attorney Bill Newman, who will comment on the constitutional basis of the suit, local youth sharing their experiences and concerns, and a panelist commenting on Greenfield’s sustainability plan.

“Our government has known about the dangers of climate change for more than fifty years. Despite that knowledge, the United States has continued to pursue reckless and dangerous fossil fuel development, harming the health of our communities and threatening our futures,” notes the website youthvgov.org which hosts information about the case. “We want a federal Climate Recovery Plan that is in line with both the best available science and climate justice.”

Permitting their suit to proceed to trial, U. S. District Judge Ann Aiken announced, “Exercising my ‘reasoned judgment,’ I have no doubt that the right to a climate system capable of sustaining human life is fundamental to a free and ordered society.”

What:  Trial of the Century – theater action, rally, and panel discussion

Contact:  Jan Maher This email address is being protected from spambots. You need JavaScript enabled to view it., 206-234-9146 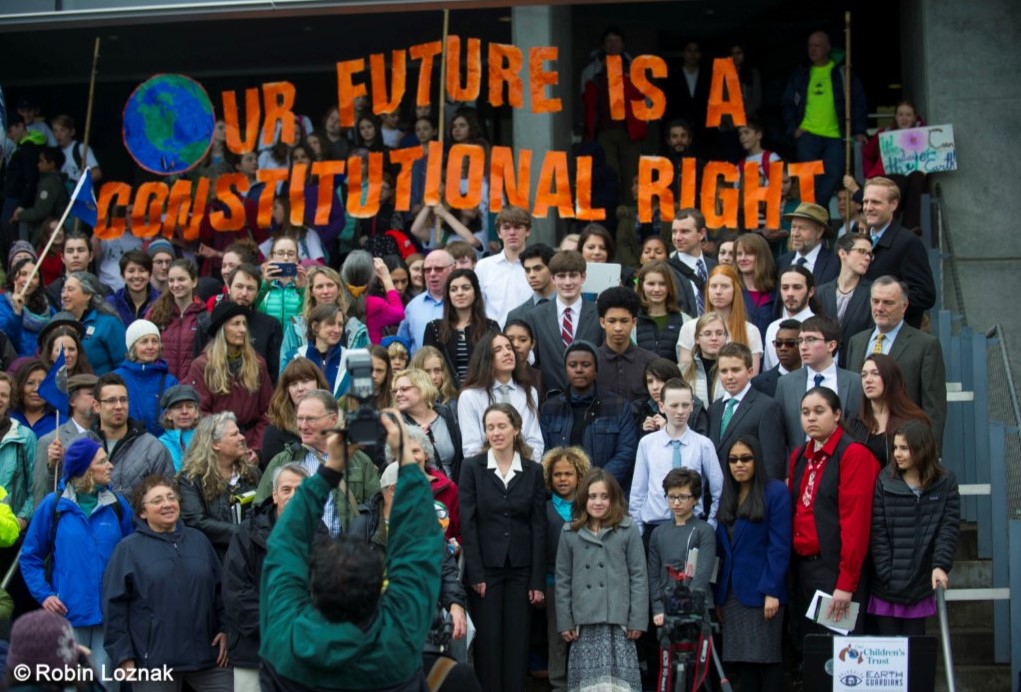